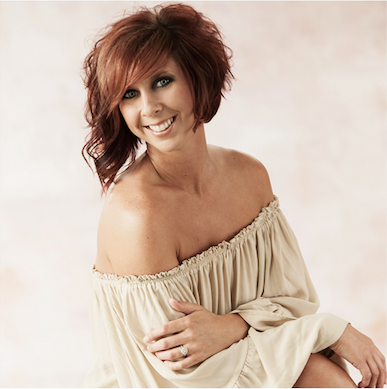 Christie is a second generation photographer operating out of Germantown Hills, Ill. Christie’s passion for photography started at an early age working with her mother who established the studio in 1977. Now a co-owner with her mother, Christie took over the shooting in 2002. Growing up surrounded by the love of photography, Christie is proud to carry on her mother’s dream … more

Why should you enter print competition? Christie will show you why it is important and how it has changed not only her everyday work but personally. She will be going over the 12 elements that make a merit image, what the judges are looking for and what you gain from it. It is called Print Competition and people are afraid of those words thinking you are competing against other photographers but your really competing against yourself. Now lets get started working towards a degree.

Register now for Belly Baby & Beyond 2018 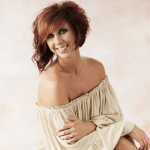 How long have you been in business?

My mom started the business 40 years ago. I took over about 12 years ago and still going strong

Why did you start?

Tell us about your family? How many kids? Who watches them while you travel?

Married my soul mate a year ago. Supports me and loves to see me succeed. I have 2 boys from my first marriage plus one in heaven and 2 stepdaughters. We have a very close family that works together so the boys may be with grandparents one day, their dad one day and their stepdad another. No matter who they are with I know they are getting taken care of.

Favorite part about your job?

I love being able to use the craft God blessed me with to give clients something they will cherish forever. You never know if it will be their last memory so I give it all I got.

Favorite marketing tip? what did you do to get your name out there?

Cross marketing and word of mouth. We have a ton of displays in other businesses along with our business cards. Also donating to local auctions and being active in the community. Also having the accolades behind my name that I have earned by entering print competition.

Anything vintage and unique.

Completing some long term goals. Growing the business adding a couple employees and letting go a little bit outsourcing things that can be done by others to give me more time with my family.

What is your message to your children about life and running a business?

Something I hear over and over from my kids teachers is how kind hearted and well behaved they are, they say you can’t teach that to kids. So I feel like we are doing something right in the home and that makes my heart happy. I want them to grow up being the gentleman they are. How to treat others well. Whatever they decide they want to do when they grow up I know they will do it well.

What is something you wish you knew when starting out?

I wish I hadn’t spent so much time worrying about what other photographers in my area were doing. Always thinking I am never going to be that good… the time I wasted worrying is time I could have been making me and my business better.

Christie is a second generation photographer operating out of Germantown Hills, Ill. Christie’s passion for photography started at an early age working with her mother who established the studio in 1977. Now a co-owner with her mother, Christie took over the shooting in 2002. Growing up surrounded by the love of photography, Christie is proud to carry on her mother’s dream.

The studio, “Sonshine Portrait Design”, is located in a one of a kind studio built in 2006. While babies and children are the studio’s specialty, they serve a broad range of clients. Christie feels that by getting to know each client individually, she can create a product as unique as they are. The end result is a portrait tailor made for each client. Christie’s talent for design, light and final composition sets her apart from her competition. Her personality and attention to detail keeps her clients coming back.

Christie is now speaking and sharing her success with other photographers across the United States. Giving back to the profession that has given her so much.